Hungry? Why not order food online and satisfy your cravings 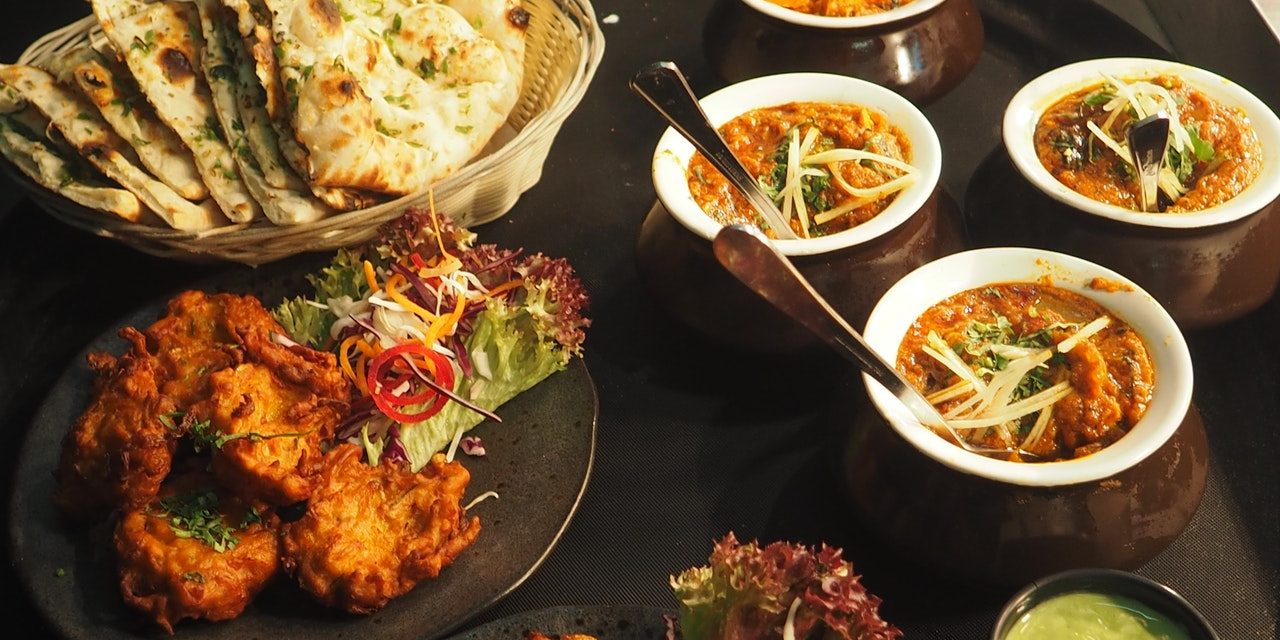 There are two types of people. Those who eat to live and those who live to eat. People who eat just enough to sustain their body functions are living a pretty boring life. Do you really want to live your life without immersing yourself in the great world of gourmet?

Who doesn’t love a plate of some delicious cuisine? Whether it be Chinese, French, Indian or Turkish, food has ways to capture your heart through your taste buds and enslave you.

VoucherCodesUAE brings you incredible offers for your first order through Uber eats and Zomato. Are you still gonna stay hungry after this? Hurry and order now!

The following images may make you feel hungry so I suggest you order the food you’re craving from your favorite restaurants immediately. 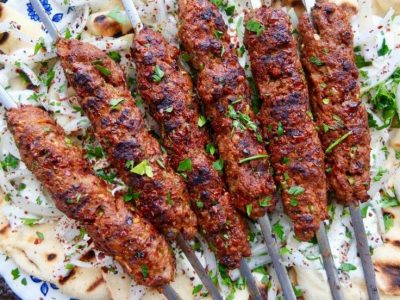 Simply put kebabs are a dish of pieces of meat, fish, or vegetables roasted or grilled on a skewer or spit. With their origins in Middle Eastern cuisine, many variants are popular around the world. The traditional meat for kebabs is most often mutton or lamb, but regional recipes may include beef, goat, and chicken. 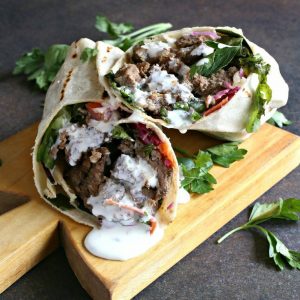 Doner kebab is a type of kebab, made of meat cooked on a vertical rotisserie. Seasoned meat stacked in the shape of an inverted cone is turned slowly on the rotisserie, next to a vertical cooking element. 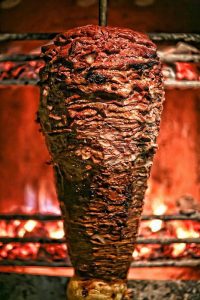 The outer layer is sliced into thin shavings as it cooks. Sliced meat of a doner kebab may be served on a plate with various accompaniments, stuffed into a pita or other type of bread as a sandwich. It can also be wrapped in a thin flatbread. The sandwich generally contains salad or vegetables and various types of sauces. 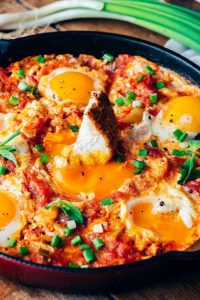 It is a traditional Turkish dish that includes eggs, tomato, green peppers, and spices such as ground black and red pepper. You can traditionally cook it in olive oil or sunflower oil. You can also add white cheese and charcuterie products such as sucuk or pastırma. Something to satisfy you when you’re craving for some sauce and cheese. 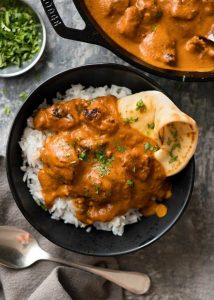 Chicken tikka masala is composed of chicken tikka, boneless chunks of chicken marinated in spices and yogurt. The meat is then roasted in an oven, served in a creamy curry sauce which is usually creamy and orange-colored. Extremely delicious when eaten over rice. 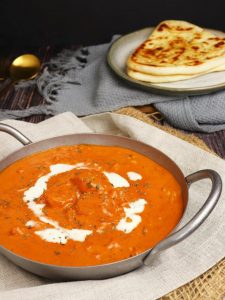 Butter chicken is a dish, originating in the Indian subcontinent, of chicken in a mildly spiced tomato sauce. It acts as a great complement with naan (Indian flatbread) and is incredibly delicious. The saucy and meaty cuisine is definitely a must-try from any Indian-style restaurant. 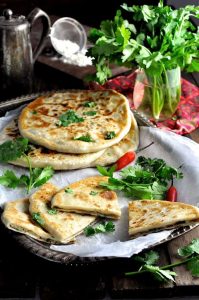 This food item is one of the most popular breakfast dishes. Aloo parathas consist of unleavened dough stuffed with a mixture of mashed potatoes and spices. Rolled out and cooked on a hot pan with butter or ghee. You can serve aloo paratha with butter, chutney, or Indian pickles. 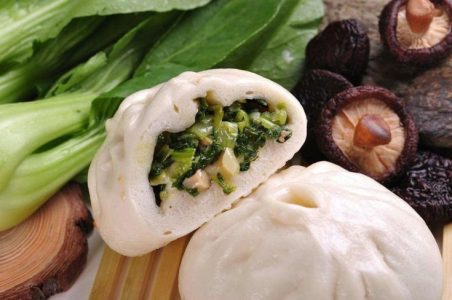 Baozi, or bao, is a type of filled bun or bread-like dumpling in various Chinese cuisines. Usually filled with minced meat along with various herbs, these traditionally steamed dumplings are one of the most iconic Chinese dishes there one can experience. 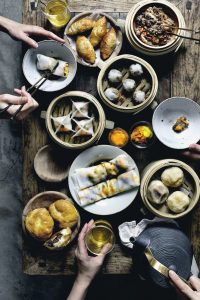 Dim sums are a style of Chinese cuisine. It is prepared as small bite-sized portions of food served in small steamer baskets or on a small plate. They are generally considered Cantonese, although other varieties exist. Dim sums are your perfect tea time snack for you to enjoy a late tea-unch. 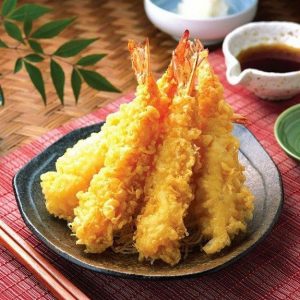 Tempura is a Japanese dish usually consisting of seafood or vegetables that have been battered and deep-fried. The most common tempura ingredient being shrimp, it is usually eaten with noodles like soba or udon. However, it tastes absolutely delicious when eaten by itself too. 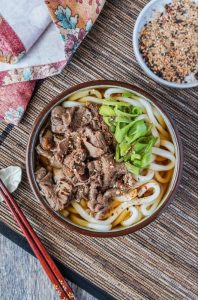 It is a type of thick, wheat-flour noodle used frequently in Japanese cuisine. Udon is often served hot as a noodle soup in its simplest form in a mildly flavored broth made of Japanese radish, soy sauce, and mirin. It is usually topped with thinly chopped scallions. Other common toppings include tempura, often prawn or kakiage (a type of mixed tempura fritter), or aburaage, a type of deep-fried tofu pockets seasoned with sugar, mirin, and soy sauce. A thin slice of kamaboko, a half-moon-shaped fish cake, is often added. A dish that will warm you up on A cold day. 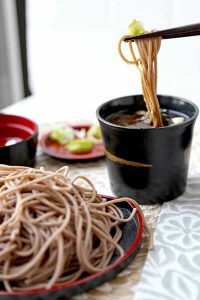 It is the Japanese name for buckwheat. It usually refers to thin noodles made from buckwheat flour or a combination of buckwheat and wheat flours. They contrast to thick wheat noodles, called udon. You can either serve it chilled with a dipping sauce or in hot broth as a noodle soup but usually, unlike udon, soba is all about the noodles. 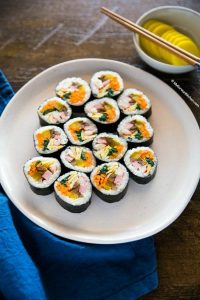 Kimbap is a Korean dish made from cooked rice and other ingredients that are rolled in dried sheets of seaweed and served in bite-sized slices. You can easily pack and eat it at picnics and outdoor events. Usually served as a light lunch along with yellow pickled radish and kimchi (traditional fermented vegetables). 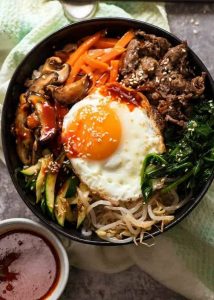 A traditional bowl of Bibimbap (Zomato)

It is a Korean rice dish where the term “bibim” means mixing various ingredients, while the “bap” noun refers to rice. Bibimbap is served as a bowl of warm white rice topped with sautéed and seasoned vegetables or kimchi and chili pepper paste, soy sauce, or a fermented soybean paste. A raw or fried egg and sliced meat (usually beef) are common additions. The hot dish is stirred together thoroughly just before eating.

Food, for some people, is just a necessity to satisfy basic needs. Whereas for the others, food is more than just a basic necessity. It is a pleasure that plays a significant role in their understanding of happiness. There are so many different cuisines and food preferences built by cultural, ethnic backgrounds, geographical locations, and social classes. Without a doubt, the best way to experience the culture of any place is by trying their food. 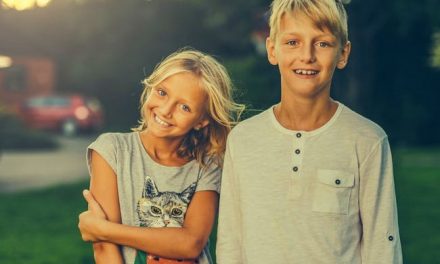 Siblings Day: Here’s a perfect gift for all kinds of siblings 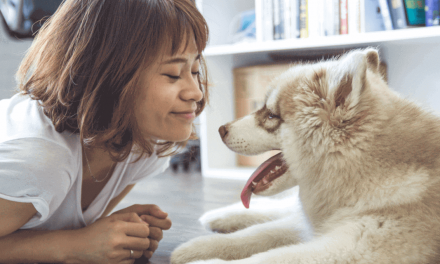 Paws everything you’re doing and get your pet supplies 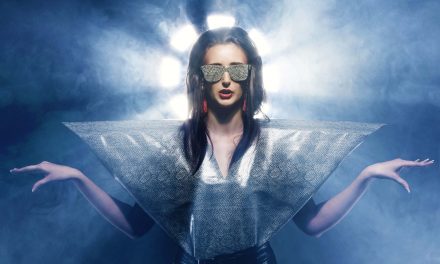 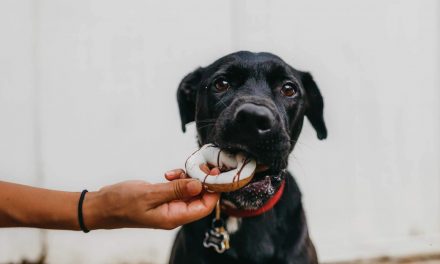