Apple Watch Series 5: Is it worth upgrading your Series 4? 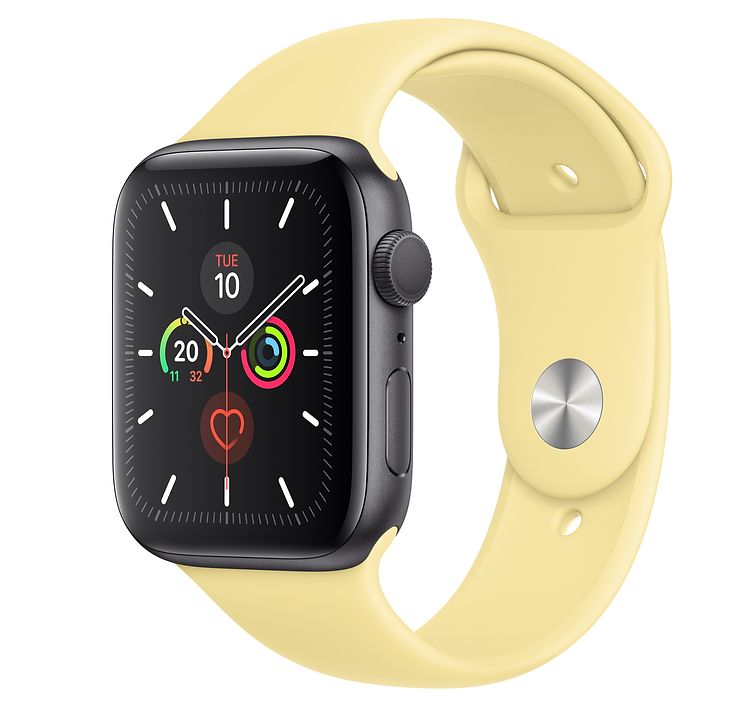 As we all know, Apple is one of the biggest as well as trendy tech brands of our generation. The thing with Apple is that its products, on one hand, are all sleek and stylish, on the other they are loaded with substance as well. As soon as the Apple Watch Series 5 launched in September, it is stacking its claim to be one of the world’s best fitness trackers/motivators as well as a communicational device. Its wearable computing platform also combines the ingredients perfectly for it to put it in the conversation of the best smartwatch for 2019. However one big question still remains- is it worth upgrading to if you already own an already capable Apple Series 4 watch? There has been a shortlist of major features that have been missing in the Apple Watch Series since the day it was launched. Each year Apple has been knocking them off in their new series. Series 2 brought the power needed to make apps run within the watch itself. Series 3 added cellular connectivity and 4 pushed the display out to the edges. Now, the Series 5 lets that display stays on all the time. It has basically kept all the features of the Apple Watch Series up until now and added the more conventional always-on display to it.

So, before jumping to any conclusions, VoucherCodesUAE takes a closer look at what’s in Series 5 and what’s out.

The ‘Always On Display This is the only major upgrade that Apple has given to the Series 5 from a hardware and software pov. Apple is not the first one to introduce this feature on smartwatches, but, they might just be the best. There is no secondary display layer or a special mode to toggle on or off. There are just the existing watch-faces, which will always be on, just like a conventional watch.

One of the crucial complaints of the Apple Series watch was that its display would just go to sleep if you were not interacting with it. It still does the same. However, sleep no longer means the display turning off. Now it means the display is staying on, but in an ultra- low power mode, on, nevertheless. The LPTO display has made this possible. It lets the watch dynamically adjust to the refresh rates from the normal 60 Hertz down to one Hert. It’s connected to a new low-powered display driver and high efficiency, integrated power management circuit.

The watch is also all informed of the surroundings by a new ambient light sensor. This allows the watch to brighten and soften its display based on its environment.

From a software perspective, the Apple team also has worked to create watch faces that will always stay on without draining too much battery. They have crafted low-powered versions of the watch faces that will be on up until you interact with the watch. However, if you don’t like this new feature because of power or privacy reason you can always just go to the settings and turn it off. Apple has also extended its always-on mode to its fitness features. This means that you can always see all the vital stats while working out, without having to flip or touch the watch.

Every year when Apple introduces a new watch, it also introduces a new System in Package or SIP with it. That is the entire computer that runs the watch. With Apple Watch Series 2 the SIP went dual-core, with Apple Watch Series 4 the SIP went 64 Bit and with Apple Watch Series 5, the SIP remains the same. However, it has added some new parts such as a new display driver and a new power management chip. These additions help maintain the new all-day battery life as well as the ‘always-on display’. Series 5 is not about performance on efficiency it is about the maintenance of everything else while ‘always on’ ramps up. You also get a compass with Series 5. The API system is also added so that the compass can be used on third-party apps as well. For example, food apps can point you towards the restaurant you are reading about.  It also shows you the longitude, latitude, or altitude for hiking all the other outdoor activities. The best part of this addition is its use with the navigation app. Now maps will be able to tell you which way you are facing, making it supremely easy to navigate.

The Apple Watch Series 4 has a storage capacity of 16GB. The new series5 will give you 32 GB of storage. So, it gives you more room to store things like music for offline listening. What’s even bigger is that with the watch OS6, you can directly download apps in the watch via the app store and be completely independent of your iPhone.

When the Apple watch got cellular networking, it got it with a lot of caveats, mainly because of its tiny size.  It simply couldn’t connect to enough radio bands to work in more than one place at a time. Apple had to make different sizes to fit different parts of the world, and that meant, no roaming. In series 5 Apple has managed to squeeze in just enough bands to maybe, support very limited international calling. International emergency calling to be specific. It works over 150 countries acc to apple even if your watch does not have the cellular services activated. Apple Watch has also released a new aluminum casing on their watches. These are available in natural titanium, space black titanium, and white ceramic. This new titanium edition is lighter but also stronger than steel. It is also in a new brushed metal, which comes with a special surface treatment. Therefore, it makes the watch fingerprint and stain-resistant. Titanium looks quite different from steel and quite as same as aluminum. It is somewhere in between and feels much more premium than both.

The Aluminum models are pretty much the same. They come in space grey, silver, and a shade of gold. All of these cases are now made of 100% recycled aluminum. The steel models, still come in the same silver and DLC coded space black.

Apple releases new bands for the watch every spring, summer, and fall. In the beginning, there were also new styles every year. Now it is mostly about new colors and combinations. There are no new titanium or ceramic bracelet, which is a drag. However, you will now also be able to customize the sort of band you want. Apple now lets you mix and match your color combos of the band to suit your requirements. This service is accessible both online and at Apple retail stores. Both the watches are of the same size. They come in variants of 40mm and 44mm.

Both the Apple Watch Series 4 and 5 have roughly the same amount of battery life. You can get up to 18 hrs of usage from both devices. Both come with wireless charging.

Performance-wise we do not get much info about the chips used in the watches from Apple. But we do know that watch 4 has an S4 chip and watch 5 has the S5 chip. Both these chips run on 64 bits architecture and both are supposed to be two times faster than the S3.

This is something that has changed between the two versions. Series 4 watch gives you 16 GB in internal storage. However, the Apple Watch Series 5 will give you a massive 32 GB of space.

The Apple Watch Series 5 comes with a compass that 4 doesn’t have.

The new feature of International emergency calls is exclusive to the Apple Watch Series 5 LTE version only. However, Series 4 will also give you cellular service, but only within the country, you buy it.

Is It worth upgrading to the Apple Watch Series 5? It is worth noticing the Apple Watch Series 5 has the least amount of changes as compared to the evolution of the watch in the previous years. This has resulted in Apple killing off the production of Series 4 and continuing with the Series 3 at half the price of series 5.

The titanium features and the return of the ceramic models are sure to attract some of you. The size hasn’t changed much between the two. Not much has changed with the display either, it has the same OLED display the same 1000 nits for the brightness. The only thing that has changed it’s ‘always-on display’.

Series 4 watches are very good performance-wise. There is not much difference between the S4 chip and the S5 chip that power these devices. Even if there is, it is very minute and you will not notice if you are not a heavy app user. The 32 GB storage is a good addition for someone who likes to store a lot of pictures and music or use a lot of apps on your watch. This could be a good upgrade for you. But if you stream your music or podcasts online this will not make much of a difference.

The series 4 has a GPS that tracks coordinates and works pretty well for navigation. However, the compass in Apple Watch Series 5 takes it to a whole different level. Not only are you going to get that ability to track where you are it will also help in efficiency and time management. It makes you sure of the direction you should be heading to. If you use your watch often for navigation this is a very good addition. You can also use it independently thanks to its LTE connection. This combination of GPS, Compass, and LTE connection in the Series 5 will provide a very exact location. This will benefit the apps that track your runs, hikes, and bike rides. With Apple Watch Series 5 you can make SoS calls from the watch in more than 150 countries of the world. This is a feature that comes right out the box in watch 5. It could be a very handy feature for those who travel abroad a lot.

For those who were always rooting for a more conventional always-on display, an upgrade is a no-brainer. If you constantly use your watch for navigation or traveling purposes you will also benifit from an upgrade. Moreover, if you like going off the grid with your Apple watch and doing kinds of stuff offline, the 32 GB upgrade will be a massive boost. If you are an Apple Series 3 user, an upgrade to Series 5 is a definite yes. Lastly, for those who don’t yet own an Apple Watch, Series 5 is the best smartwatch for you if you are looking to buy one.

Both the Apple Watch Series 5 & 4 can be bought at an additional discount of 10% at Noon.com & Amazon.ae only through VoucherCodesUAE. 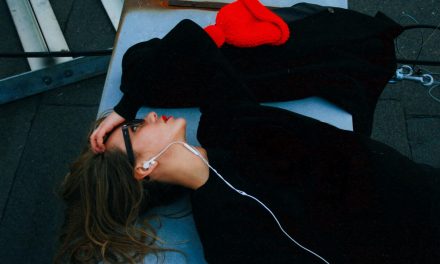 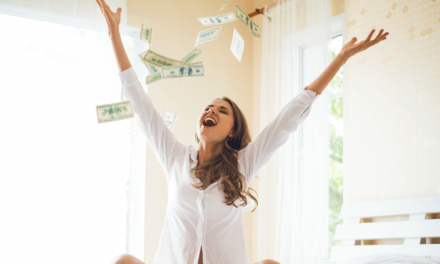 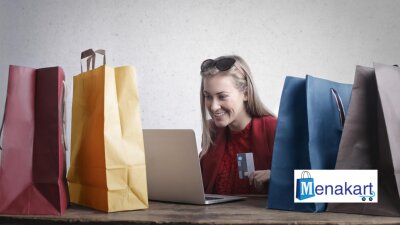 Rising Brand: The best deals from Menakart will have your heart 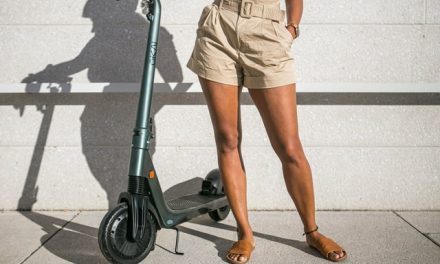